As mentioned the other day, today marks the beginning of online previews being published by various gaming websites around the world. We're also lucky to have some new, and some unwatermarked screenshots from the GI preview to add to our gallery. Most of the previews posted so far are from European websites, but we've learned of a few new details so far. Also note that IGN will be starting their blowout week later today so we may get even more info later on.

UPDATE: IGN's Preview is now up.

Some of these screenshots have been seen before, but we now have unwatermarked versions!

See all these and more in our GTA V screenshot gallery.

We now have unwatermarked and extended versions of some of the recent artworks. 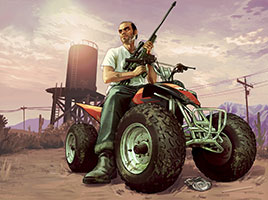 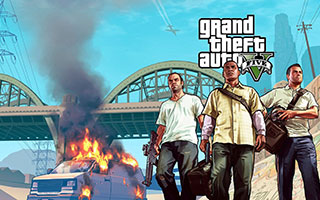 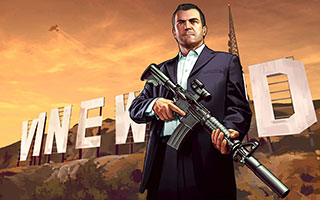 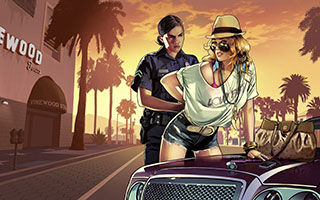 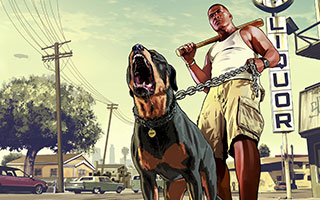 See all these and more in our GTA V artwork gallery.

Reading all this new info has me more excited for GTA V.

I've added the unwatermarked screenshots and extended artworks to the post now.

I played GTA IV for three months. I sure hope that GTA V will provide months worth of gaming aswell and that the story is even longer than the one of GTA IV.

If merely console version looks so goddamn' good, then I can only imagine how astounding PC version will look.

I'm pretty sure people will be playing this game way way longer than they played IV for. It's pretty clear already that this game is gonna be a lot more fun to play than IV ever was, more along the lines of what VC and SA were like. Which is awesome.

Holy fucking shit, I'm excited. 25 hours seems short, but who is really going to play straight through? It'll take me months to complete the game.. considering my work/school, heh. Also..

There is a functioning ecosystem teeming with wildlife.

Is this as in, bears and other animals in the woods? Or am I confused?

There is a functioning ecosystem teeming with wildlife.

Is this as in, bears and other animals in the woods? Or am I confused?

Most likely there will be deer, other small animals and quite possibly bears as well.

Everything is looking beautiful. There is so much detail from Mount Chiliad to the variety of police crusiers. The map is a work of art.

Everything is looking beautiful. There is so much detail from Mount Chiliad to the variety of police crusiers. The map is a work of art.

Yes, so far it looks like they have LAPD cars as well as LA Sheriff's vehicles (in the pic behind the vinewood sign). soooo realistic!

All this information just makes my imagination go wild. Wow.

Also, I'm really interested in what specialities each protagonist will have. I'm fairly certain Franklin will be able to unleash his dog Chop that we see there in addition to be the driver of the three, but I'm interested in what they mean when they refer to Michael as the "smooth operator".

Oh, and that 2nd trailer is coming up in 2 days... I'm still trying to digest all this information. I still can't believe they're unleashing all this info now when Rockstar were tight-lipped about everything only a month ago. And we still have a lot more to know about -- eg. the wanted system.

3 new screens in IGN's game scoop video: part of their all week blowout. You have to skip to around the 1:20 mark. The most notable of the three is a new shot of a quad bike roaring down a hilside with another shot of the lake (same one as in other screens possibly).

A whole underwater world to explore? Christ, this is going to be HUGE!

The police pursuit is what i am really looking into. I bet it will be hard to evade them!

That was actually a translation error from one of the European articles, I've removed it from the post now. The actual line in that article was making a comparison to Red Dead Redemption's (roughly) 25 hour playthrough time, and wasn't saying GTAV's playthrough time would specifically be that long.

To be honest, I don't know why people even bother to put a completion time on games like GTA. Pretty much every player will play it differently. The average player won't just do all the missions then say they're done. They'll do a bit of everything and their total playtime is gonna be well over the 25 hour mark.

The amount of missions, storyline and side account for that magical 100% completion, but I'm always happy to get to the main game credits, call it good!

I would also say, Uncharted got slighted for how short it is, rather then praised for just how good it was, thus becoming a sleeper hit, really