Microsoft have published a press release about the X06 event currently taking place in Barcelona, Spain. In it they talked about episodic content available on Xbox Live for various games, including Grand Theft Auto IV. Interestingly, the GTA IV episodes seem to be Xbox 360 exclusive. Sony have not yet released any details as to whether we'll be able to download content via PlayStation 3's download service, but even if they do, it seems it won't be the same as what will be on offer at Xbox Live.

Rockstar and Take-Two will provide Xbox 360 gamers with exclusive access to two epic downloadable episodes of Grand Theft Auto IV via Xbox Live, each with hours of new gameplay content, and available only on Xbox 360 just months after the release of the title.

Boo Yah! Yet another reason to get the 360 version!!!! Yay!!! Oh, sorry Sony, this for getting GTA first for the last few years.

I still reckon Sony will give PS3 users some exclusive content. At least they should do if they want to stand any chance of competing against M$.

Sony are becoming much slower than their competitors now when it comes to getting stuff done.

True. Sony should also lower the price of the PS3 in America and Europe too.

But if the content is, in fact Xbox 360 exclusive, there's no doubt in my mind about getting one.

The only reason I'd buy ps3 is because gta comes first on ps. And there controllers r better than x60.

The heck. I'l just stick to pc. At least there mod.

And your right. The price of ps is way to high.

The reason it is so high is because they went with Blu-ray. A few people are saying that was a dumb decision on their part. Especially considering they are LOSING money on the PS3's because NO ONE would actually pay what the equipment is worth.

Which is the reason I can't get a PS3. Too damn expensive for me. I'm definitely getting the 360 version for 2 reasons.

Idk but i feel like ps3 has sumthing up ther sleaves for gta4.i know ther not going to let microsoft do them like that.

Yeah most likely they will come up with some PS3 exlcusive but I'm getting it for 360, for reasons already stated. 1. It's way to expensive and 2. 360 seems like it's going to do better then PS3 AND all the content just mentioned.

How much better do you think the graphics will be on the PS3. It cant be that much of a difference, the 360's system specs are not that far off

I'm a playstation owner,but you guys makeit sound like the 360 is the way to go than the PS3 for grand theft auto 4.But if i get the 360,would there be a better game selection??

I'm a playstation owner,but you guys makeit sound like the 360 is the way to go than the PS3 for grand theft auto 4.But if i get the 360,would there be a better game selection??

Yeah, pretty much. Yeah, you get MGS4, but that's about it for the PS3. sorta j/k

The Xbox 360 has/will have Project Gotham Racing 3, Gears of War, Halo 3, ect. I'm just saying it's about time Sony gets backstabbed for once.

Ya,I guess so,nobody rules forever.But still,sony has blue ray discs while xbox doesn't.I'll just get a few comments when gta4 comes out for PS3 andxbox 360 to see which has the better version.But then again,I wouldn't want the xbox 360 just for gta4.But that's why I asked asked about the game selection.Probably in the end when all systems and games come out i'll check which is better system for gta4 and check which has bettergameplay and games in general.but it comes down to the ps3,there's no way i'm gonna pay 500 dollers so i'll probably 6 months or something which'll be dreadful not havin it 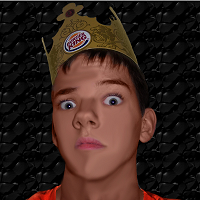 Yeah, pretty much. Yeah, you get MGS4, but that's about it for the PS3. sorta j/k

The Xbox 360 has/will have Project Gotham Racing 3, Gears of War, Halo 3, ect. I'm just saying it's about time Sony gets backstabbed for once.

Well those games could suck my big fat hairy dick. I dont like them and I think they suck...I mean come on they could have done way better with the Halo 3 graphics...they suck ass. I'm a Sony Playstation fan all the way...LONG LIVE SONY!!!

I wouldnt care if the xbox had more missions for gta:4, im for sony and also how could sony be beat by microsoft, sony will have something 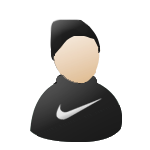 I wouldnt care if the xbox had more missions for gta:4, im for sony and also how could sony be beat by microsoft, sony will have something

Havn't they mentioned PS3 is going to have it too? I don't remember, I've been reading up on the sixaxis controller things. Which is gonna make me go for an xbox360... cuz there could be a price drop this holiday season.

Im not a x box 360 fan but im not going to critisice it either. If you think about it ps3 has advantages and disadvantages just like the ps 3. To me they are more or less th same

I cant wait till the videos appear. There will be

I personally think that the Grand Theft Auto series should have been a "Playstation Only" game.